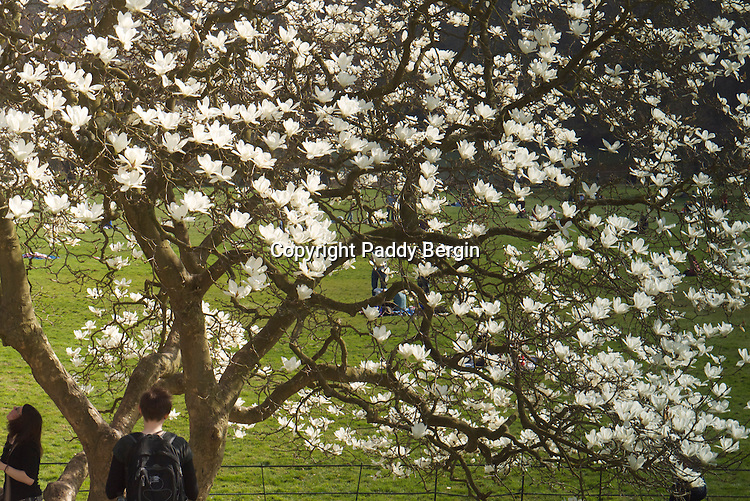 Magnolia is an ancient genus. Appearing before bees did, the flowers are theorized to have evolved to encourage pollination by beetles. To avoid damage from pollinating beetles, the carpels of Magnolia flowers are extremely tough.

Hampstead Heath (locally known as "the Heath") is a large, ancient London park, covering 320 hectares (790 acres). This grassy public space sits astride a sandy ridge, one of the highest points in London, running from Hampstead to Highgate, which rests on a band of London Clay. The Heath is rambling and hilly, embracing ponds, recent and ancient woodlands, a lido, playgrounds, and a training track, and it adjoins the stately home of Kenwood House and its grounds. The south-east part of the Heath is Parliament Hill, from which the view over London is protected by law.

Kenwood House (also known as the Iveagh Bequest) is a former stately home, in Hampstead, London, on the northern boundary of Hampstead Heath. It is managed by English Heritage, and normally open to the public. The house was closed for major renovations from 2012 until late 2013.