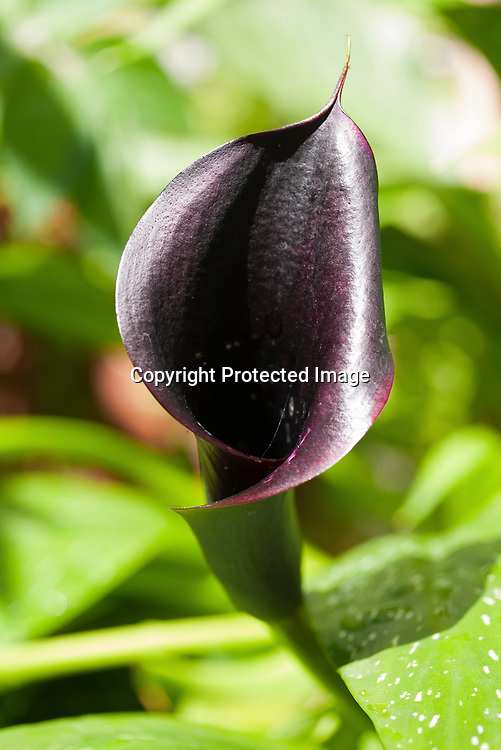 Zantedeschia aethiopica is a species in the family Araceae, native to southern Africa in Lesotho, South Africa, and Swaziland.

The genus has been introduced on all continents except Antarctica. Common names include arum lily for Z. aethiopica and calla and calla lily for Z. elliottiana and Z. rehmannii, although members of the genus are neither true lilies of Liliaceae, true Arums, or true Callas. They are also often confused with Anthurium. The colourful flowers and leaves of both species and cultivars are greatly valued and commonly grown as ornamental plants.